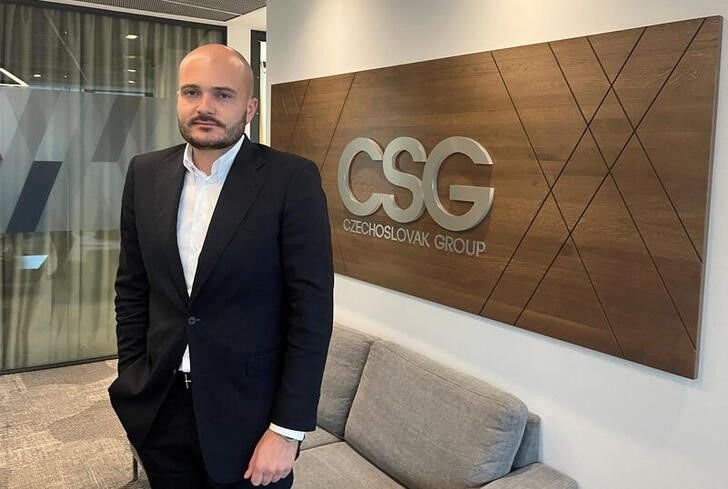 The Czech-based maker of military equipment and civilian sector products has seen its organic growth boosted by Western aid to help Ukraine's defence against Russia's invasion.

CSG announced the takeover of the majority stake in Fiocchi from Charme Capital Partners last month but gave no financial details then.

"We had been looking for a small-calibre manufacturer for more than three years" to complement our portfolio of larger calibres, Strnad said in an interview.

"They focus, more than 80%, on the civilian market and that is where our added value is, where we can grow and bring further business in the defence sector."

CSG is a major supplier of military equipment, some of which goes to Ukraine. The group also includes aerospace and rail equipment firms and heavy truck maker Tatra.

Strnad said CSG was looking at several acquisition targets in western Europe and the United States, which may also include ammunition or related production.

"We are looking at something, also something bigger than Fiocchi, but today there is a problem with valuations," Strnad said. "Current owners of defence industry firms, being swamped with work and factories sold out for two, three, four years, do not know what to ask for."

CSG's revenue nearly doubled in the first half of 2022 to 13.8 billion crowns and Strnad said he expected the trend to be at least the same for the full year. First-half EBITDA was 2.4 billion crowns, more than doubling from 1.1 billion a year earlier.

The Fiocchi acquisition will add 10 billion crowns to this year's revenue, he said.

CSG, which employs over 9,000 people, is investing hundreds of millions of euros and currently hiring around 1,000 staff.

Strnad said governments' defence commitments have improved the industry's outlook, and banks were also warming to it.

"There were few banks who liked to finance it and the number was dwindling," he said. "Today those who were negative are neutral and moving rather in the positive direction."