ELDIS, CS SOFT AND RETIA showed together at the World ATM Congress 2019 exhibition in Spain.

The World ATM Congress 2019 exhibition was held in mid-March in Madrid, which represents the world’s largest exhibition of technologies for air traffic management (ATM), radar technologies and airport operation equipment. The leaders of the Czech market in this area exhibited their products there as well. ELDIS, CS SOFT and RETIA are part of the CSG Aerospace division of the CZECHOSLOVAK GROUP holding. 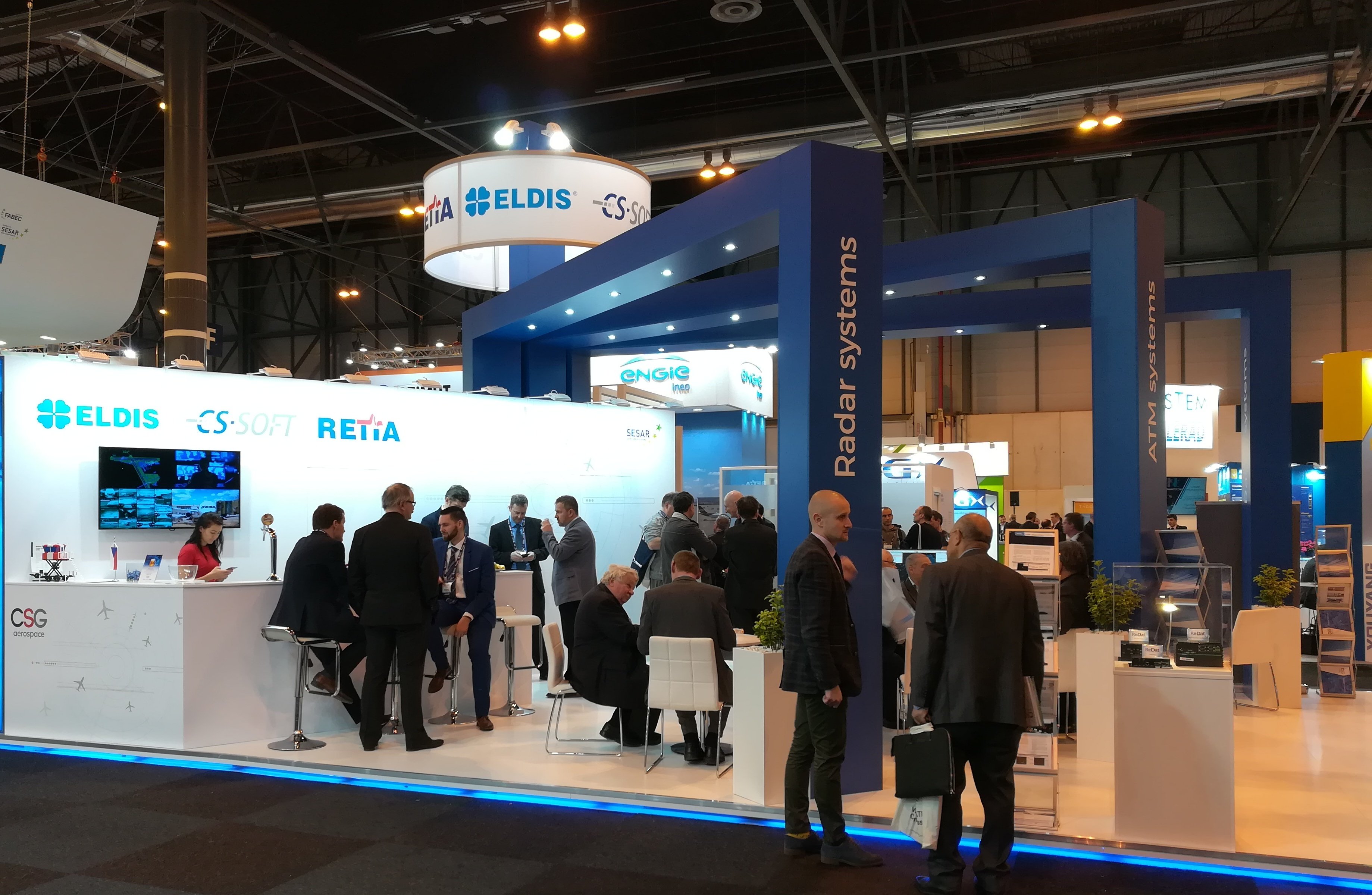 Czech companies were the center of interest for visitors as well as professionals. Representatives of these companies held many meetings and made many new useful contacts, proving the high credit and great reputation of CSG Aerospace division companies. The World ATM Congress was held by the Civil Air Navigation Services Organisation (CANSO) in partnership with the Air Traffic Control Association (ATCA) for the seventh time. This is the largest international exhibition and congress of its kind. ELDIS – a company from Pardubice – introduced their key products, which they provide to customers in many different countries all over the world. First and foremost was the RL-2000/MSSR-1 system, which combines the RL-2000 Primary Surveillance Radar and the MSSR-1 Monopulse Secondary Surveillance Radar. The ELDIS company has succeeded with this combined system, or with its individual parts, in the Czech Republic as well as in Hungary, Poland, India, Canada, Indonesia, China, Pakistan and South Korea. The company also exhibited the PAR-E Precision Approach Radar and the ERDIS radar display system.

The CS SOFT company, based in Prague, presented several of their products in Madrid. The highlight of their exhibition was the ALC System used to manage airfield operation which is used in Israel and Indonesia. The CS SOFT company also introduced the ATC Simulator and showcased the Traffic Complexity Management (TCM) system, which can optimize actual air traffic according to the capacity of air traffic control. Another product presented at the exhibition was the Radar View software system, which can provide data synthesis from all available resources, and displays the most accurate information about air targets or ground targets. CS SOFT also presented a simulator for airport radar operators, which is aimed mainly towards military users.

The Pardubice based company RETIA presented their new multipurpose 3D radar ReGUARD for the first time in Europe. The new radar has a range up to 18 km. It can monitor targets up to 3 km in height and is mainly intended for detection and simultaneous tracking of ground and low flying targets with a small reflecting surface. The ReGUARD radar works on the basis of electronic deflection of radar beams and a mechanical rotating radar head. RETIA is offering it in a stationary or mobile version. RETIA also introduced the newest version of their tested and market successful ReDat Recording Systems called eXperience, which offers variable solutions for recording and monitoring ATC systems, ATM systems and complex data management. RETIA company representatives met with potential customers from Estonia, Ukraine and the South American region. They also arranged cooperation with a significant Bulgarian integrator and interviewed a local technological partner about current projects.