Unconsolidated revenue of the CZECHOSLOVAK GROUP (CSG) holding reached CZK 28.5 billion and EBITDA of CZK 2.97 billion in 2019. The revenue increased by 21 percent and EBITDA by 53 percent year-on-year. All major companies of the holding owned by Michal Strnad including TATRA TRUCKS, DAKO-CZ, radar manufacturers and aircraft repair and maintenance providers prospered. Almost 8,000 people worked in companies controlled by Michal Strnad in 2019. 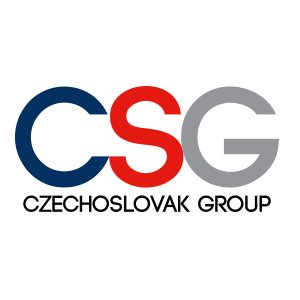 “2019 was a very successful year for CSG. Thanks to the growth in our aerospace division, we have transformed into an industrial and technological holding company producing final products with the highest added value. With few exceptions, we did not make new acquisitions and rather developed the companies we already have in the holding," says Michal Strnad, CSG owner.

Within CSG, rail sector also grew significantly: the sales of the brake systems manufacturer for rail vehicles DAKO-CZ reached CZK 1.14 billion with EBITDA of CZK 265 million. At the same time, in 2018, DAKO CZ reported sales of 927 million and EBITDA of CZK 150 million.

Within CSG, the importance of aviation business has preceded the activities carried out by EXCALIBUR ARMY and TATRA DEFENSE VEHICLE, which specialize in the production of special heavy-duty vehicles tailor-made for soldiers and firefighters. This historical part of CSG's business generated sales of CZK 4 billion in 2019 (the total of both above-mentioned companies).

Yet another Strnad´s company reported successful year of 2019: ELTON hodinářská, the only Czech manufacturer of watches and clockworks, reached sales of CZK 59 million and EBITDA of CZK 4 million. ELTON hodinářská specializes in a luxury PRIM brand watches production.

CSG did not make any major acquisition last year. The Group has expanded to include Hyundai and Mazda car showroom groups and Skyport, an aviation logistics company. The newly acquired companies performed soundly and contributed by CZK 123 million to the EBITDA indicator of the CSG holding.

Last year, the Group also secured advantageous financing for its further development, when it issued and sold bonds worth CZK 2 billion in autumn.

Czechoslovak Group is a holding company building on the tradition of the Czechoslovak industry, which promotes and further develops the activities of both new and traditional Czech and Slovak companies. Its production and development are based in Western, Central and Eastern Europe with business activities on all settled continents. CSG companies are engaged in defence and civil industrial manufacturing and trade, including special high-tech segments. The legendary Tatra Trucks factory, one of the subsidiary companies, belongs among the oldest car manufacturers in the world, and is also a supplier of modern heavy-duty vehicles. CSG is the Czech leading manufacturer of land systems as well. A distinctive part of the holding, CSG Aerospace Division, is formed by companies focused on the development and production of radar, air traffic control systems, flight training and civil aircraft service. CSG Group companies also operate in the railway industry. Most CSG production is exported. Some Group companies are also major suppliers of technology and services to the home security sector.