During his three-day tour of Olomouc district, President Miloš Zeman visited the company EXCALIBUR ARMY on Tuesday 21 March. On this occasion, the president met with the management and employees of the company, which is part of the holding CZECHOSLOVAK GROUP, and he was given a tour of the company’s products. 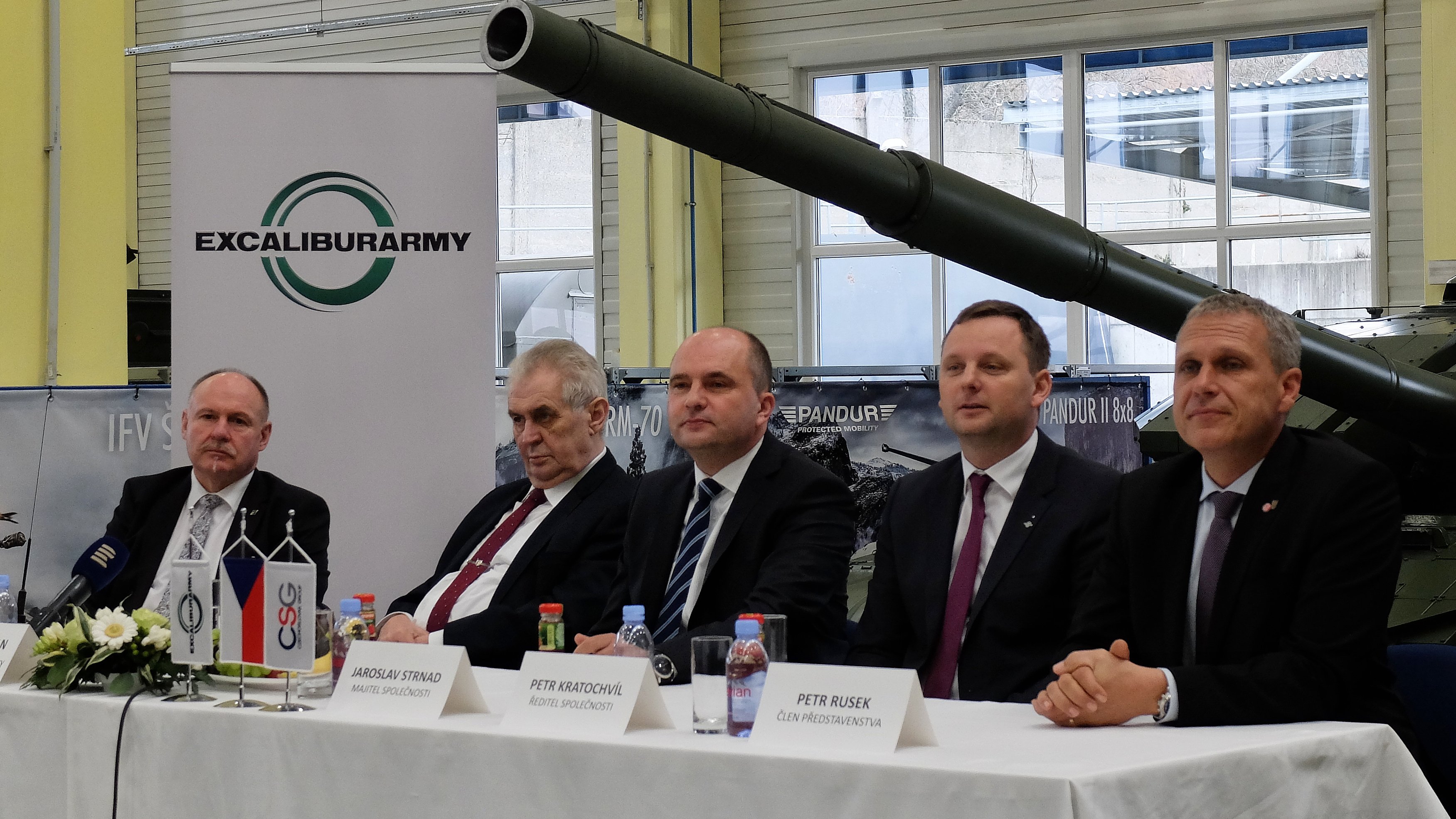 President Zeman was welcomed in the premises of the company by Jaroslav Strnad, the owner of the holding CZECHOSLOVAK GROUP, and Petr Kratochvíl, CEO of EXCALIBUR ARMY. Jaroslav Strnad says: “It is obvious to us that President Zeman has a lot of respect for the Czech defence industry and that he is aware of its growing importance.”

When visiting EXCALIBUR ARMY, President Miloš Zeman said: “This country has a long tradition of manufacturing weapons. It is unfortunate that the arms industry suffered in the 1990s and I am glad that it has been regaining its former position.”

The president took a look at the company’s products: the self-propelled howitzer DANA M1 M, the bridge layer AM – 50 EX, the RM-70M1 rocket launcher and various versions of the T-72 tank. Subsequently, a discussion with the employees took place. To conclude the visit, Miloš Zeman accepted a symbolic gift – a mock-up of a tank round from the hands of the CEO Petr Kratochvíl. The president also put his signature on another mock-up to commemorate his visit.