Unique historical Tatra vehicles can be seen in the DAF Museum

Tatra Trucks company carefully cares about its historical heritage and shares it with the general public. Among other things, many unique historical Tatra vehicles from its own collection, but also from private collectors, can be seen in the comprehensive exhibitions of two museums in the town of Kopřivnice, Czechia. Some of these cars and trucks are newly exhibited in the Netherlands, in the attractive ambience of the DAF Museum, where they will stay until March next year. 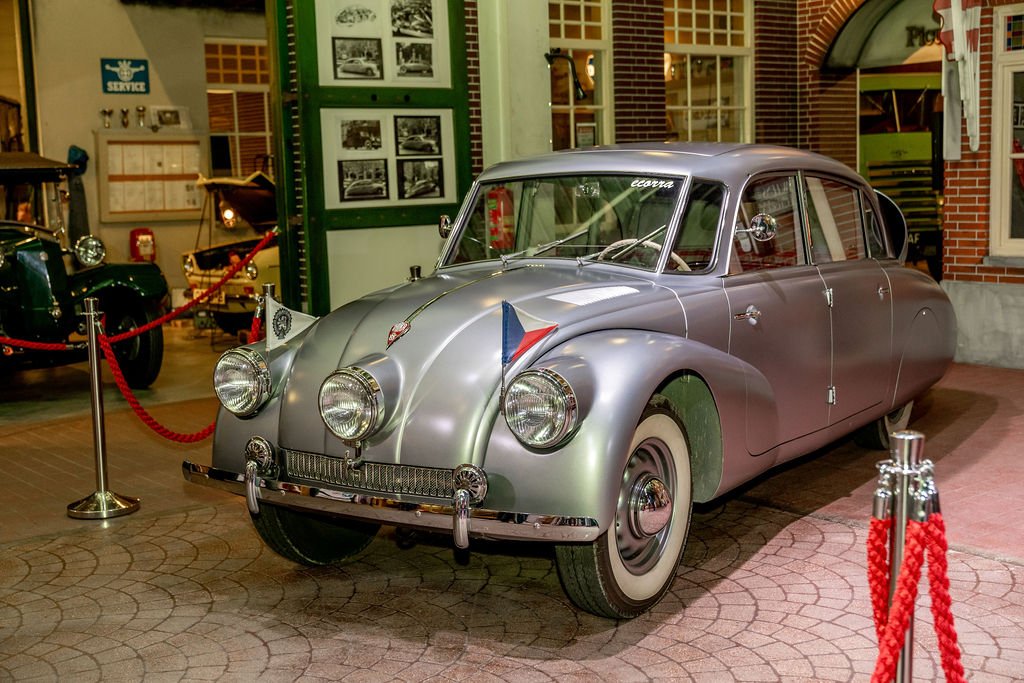 If fans of automotive technology visit the DAF Museum in Eindhoven these days and during the following months, they will be able to see the exhibition of Tatra cars and trucks together with the historic DAF vehicles. The exhibition of Tatra vehicles, that was inaugurated on Saturday, October 1, is the result of cooperation between Tatra Trucks, DAF Trucks, the Regional Museum of Kopřivnice, The DAF Museum, Eccora company and private collectors. The exhibition will last until March 31 next year. The motto of this exhibition is: From Hans Ledwinka to Phoenix.

The entire exhibition is held under the auspices of the Ambassador of the Czech Republic to the Netherlands, Her Excellency Kateřina Sequensová. The opening ceremony was attended by representatives of the shareholders of the Tatra Trucks - Denisa Materová for Promet Group and Radim Ochvat for the Czechoslovak Group Management of Tatra Trucks was represented by marketing director Kamil Košťál and marketing specialist Marie Jonasová. DAF Trucks was represented by its president Harald Seidel.

The Tatra Trucks company has been working closely with the Dutch company DAF Trucks for years, especially in the field of off-road all-wheel drive trucks. Last year, it was 10 years since the production of the Tatra Phoenix model line began. It uses some DAF components and engines from the associated Paccar brand. The successful cooperation between the two truck manufacturers is also underlined by a large contract for almost 900 trucks for the Belgian army, which both of these partners are currently fulfilling.

So if you visit the DAF Museum in Eindhoven, there are eight legendary Tatra trucks, seven examples of Tatra cars, not only the Tatra T13, T57 Hadimrška, T111, T813 Kolos, the Dakar racing special truck T815, but also the aerodynamic types T87, T603 or the last passenger cars in production Tatra T613 or T700. Last but not least the already mentioned Tatra Phoenix can of course be seen at the exhibition as well.