Eurosatory 2018, the prestigious international defence and security exhibition, will be held in Paris from 11 to 15 June. It is going to feature products of more than a thousand manufacturers and special technology vendors from more than fifty countries, including the companies of the CZECHOSLOVAK GROUP holding and TATRA TRUCKS, which are traditional participants in this trade exhibition. 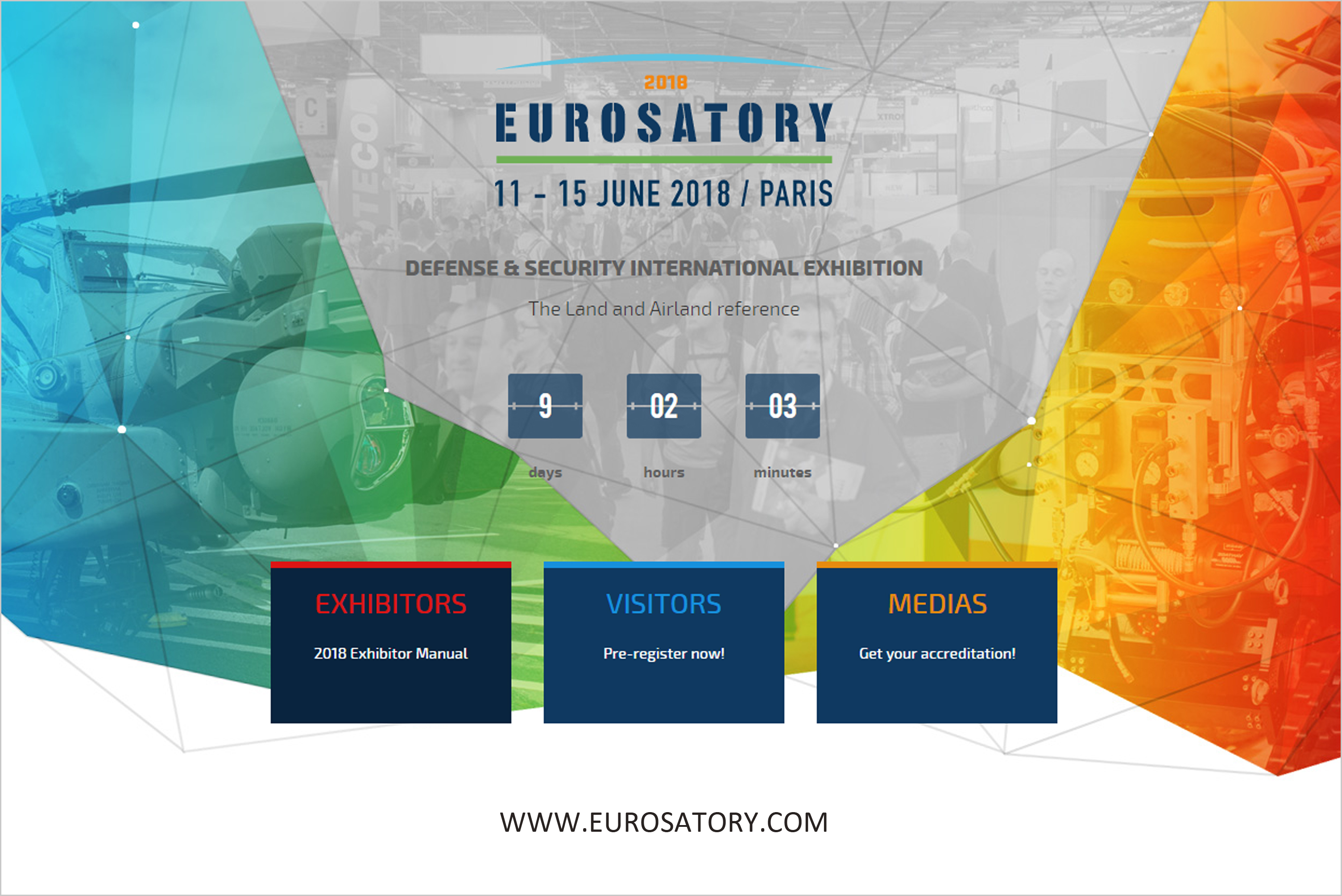 The companies of the holding CZECHOSLOVAK GROUP and TATRA TRUCKS will represent the Czech and Slovak Republics at the stand K600 in Hall 5A, which will feature both new and established products from their portfolios. The exhibitors will include EXCALIBUR ARMY, EXCALIBUR INTERNATIONAL, MSM Group, and ZVS. This year's Eurosatory will be exceptional for EXCALIBUR ARMY, as during the ceremony on the first day of the fair, the company will be presenting its brand-new logo and corporate image with the participation of important guests and representatives of the media and the public.

At the EXCALIBUR ARMY stand, some very interesting exhibits will be displayed. First of all, there will be the unique BM-21 MT 4x4 rocket launcher, as well as the Patriot 4x4 Tactical APC armored vehicle.  Moreover, the lightweight UAV named ROC will be unveiled. It is an autonomous remote-controlled drone in the form of a quadcopter, designed primarily for service in the armed forces, as well as the police and rescue services. Slovak companies MSM Group and ZVS are going to exhibit a wide range of ammunition and modern hand guns. The TATRA TRUCKS corporation, together with EXCALIBUR ARMY, will present the BM-21 MT 4x4 rocket launcher and the Patriot 4x4 Tactical APC vehicle, which are both built on a Tatra chassis.

The Eurosatory defence exhibition is one of the world’s largest and most prominent events of its kind, and it is intended primarily for professionals in the field. It is held every two years, and most recently it was attended by 213 official delegations from 94 countries, including 13 defence ministers. In addition, 1,018 journalists were accredited, and the total turnout of the trade fair was 57,018 visitors. Eurosatory has traditionally featured renowned defence technology development and manufacturing companies from the most advanced countries such as the United States, Great Britain, Germany, France, Russia and others. At the last Eurosatory, 1572 exhibitors from 56 countries were presented on an area of ​​175,000 square meters.

The CZECHOSLOVAK GROUP and TATRA TRUCKS invite you to visit their expositions!

CZECHOSLOVAK GROUP (CSG) is a holding that builds on the tradition of Czechoslovak industry, which supports and further develops the activities of traditional Czech and Slovak companies in the field of civil and defence industrial production. Its portfolio includes the production and sale of military and special vehicles, off-road trucks, weapons and weapon systems, ammunition, machinery products for automotive, rail and aerospace industries, or brake systems for rolling stock as well as road transport and logistics services. The holding's products can be found on all continents and the number of its customers keeps growing steadily. In 2017, the companies of the holding had over 8,000 employees and generated a turnover of 25 billion CZK (approximately 1 billion EUR).