From March 6 to 9 the first annual World Defense Show will take place in Riyadh, Saudi Arabia. Saudi Arabia and the Middle East are important markets for military and defense technology, and the new trade fair in Riyadh has the potential to be one of the most important events of its kind in the world. That is why the companies of the Czechoslovak Group holding will present their products at the show. 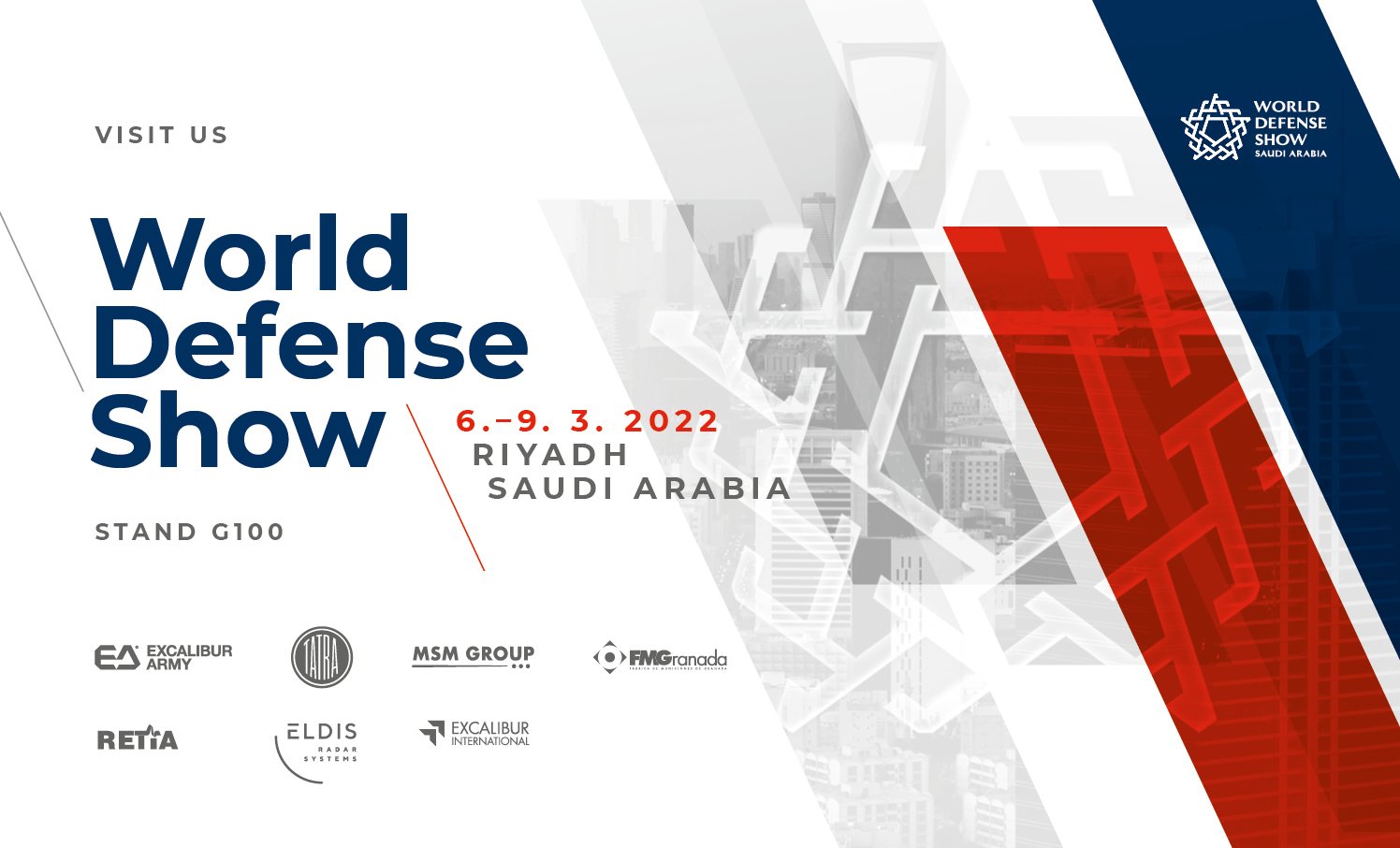 The CSG holding companies will present themselves at the national stand of the Czech Republic. Specifically, RETIA, ELDIS, EXCALIBUR ARMY, TATRA TRUCKS, EXCALIBUR INTERNATIONAL and MSM GROUP will send their representatives to Riyadh. RETIA will exhibit scale model of the ReGuard radar and ReTwis 5 radar, ELDIS will present its solution of airport radar systems at the airport scale model, MSM GROUP will show the entire ammunition production portfolio, including the products of its Spanish subsidiary Fábrica de Municiones de Granada. EXCALIBUR ARMY and TATRA TRUCKS will present their products through presentation audiovisual materials, EXCALIBUR INTERNATIONAL will offer its customer service by sales representatives and audiovisual presentations.

The World Defense Show is organized by the General Authority for Military Industries (GAMI), an institution that has the role of regulator, representative, and licensor for the military industry in Saudi Arabia. Show will take place with the support of the Ministry of Interior, the Saudi Arabian National Guard, General Intelligence Presidency and Presidency Of State Security of Saudi Arabia.