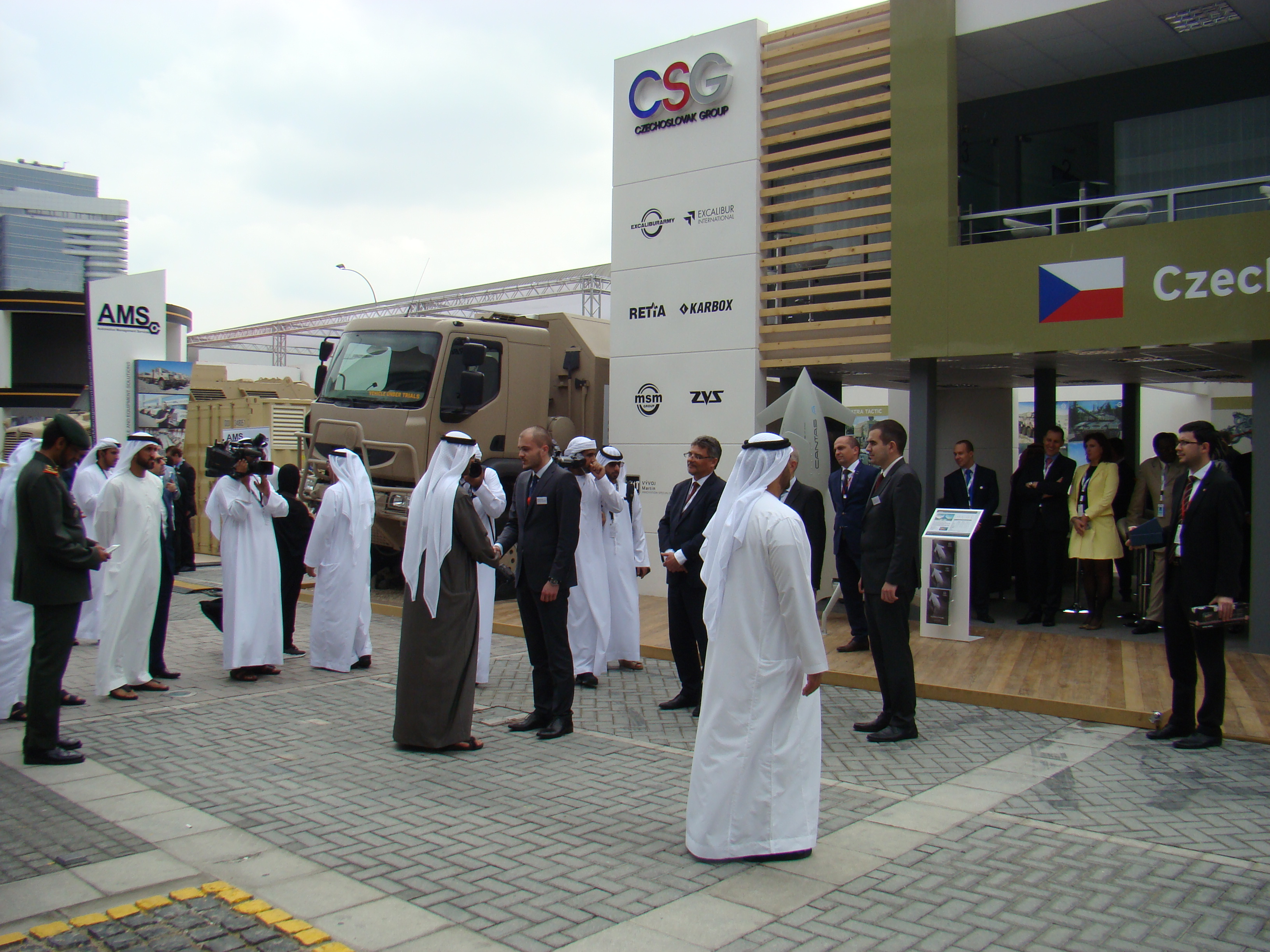 The holding CZECHOSLOVAK GROUP and the automotive company TATRA TRUCKS have been presenting their products as part of the defence exhibition IDEX 2017 in Abu Dhabi. Their shared exposition has been drawing a lot of attention, which is also evidenced by the visit of sheikh Mohammed bin Zayed Al Nahyana, the Crown Prince of Abu Dhabi and Deputy Supreme Commander of the UAE Armed Forces.

The shared exposition of CSG and TATRA TRUCKS at the defence exhibition IDEX 2017 has unveiled several new products from their portfolio, which have stirred a great interest. The most honoured and prominent guest at the exposition was the Crown Prince Mohammed bin Zayed Al Nahyana, who is also Deputy Supreme Commander of the UAE Armed Forces. Only several expositions have had the honour of welcoming this prominent politician. The exhibition pavilion of CSG and TATRA TRUCKS was among them, where the sheikh expressed his interest in the new UAV Cantas E, introduced in Abu Dhabi for the very first time.

Representatives of the automotive company TATRA TRUCKS introduced to the sheikh Mohammed Al Nahyana a new model from the TATRA TACTIC range in the version designed as a command vehicle. The sheikh in his role as Deputy Supreme Commander of the UAE Armed Forces took this opportunity to praise Tatra vehicles, which have been supplied to the UAE Armed Forces in the past in hundreds of units and which continue to serve to its users’ satisfaction. The Crown Prince, along with other representatives of UAE Armed Forces, was introduced to the latest rocket launcher RM-70 Vapir 4D, which is also part of the exhibition, and they were intrigued by the information about the modernization of the self-propelled howitzers DANA.