The symbolic ribbon-cutting and the opening of the new repair hangar took place on February 6, 2020 in Ostrava-Mošnov. 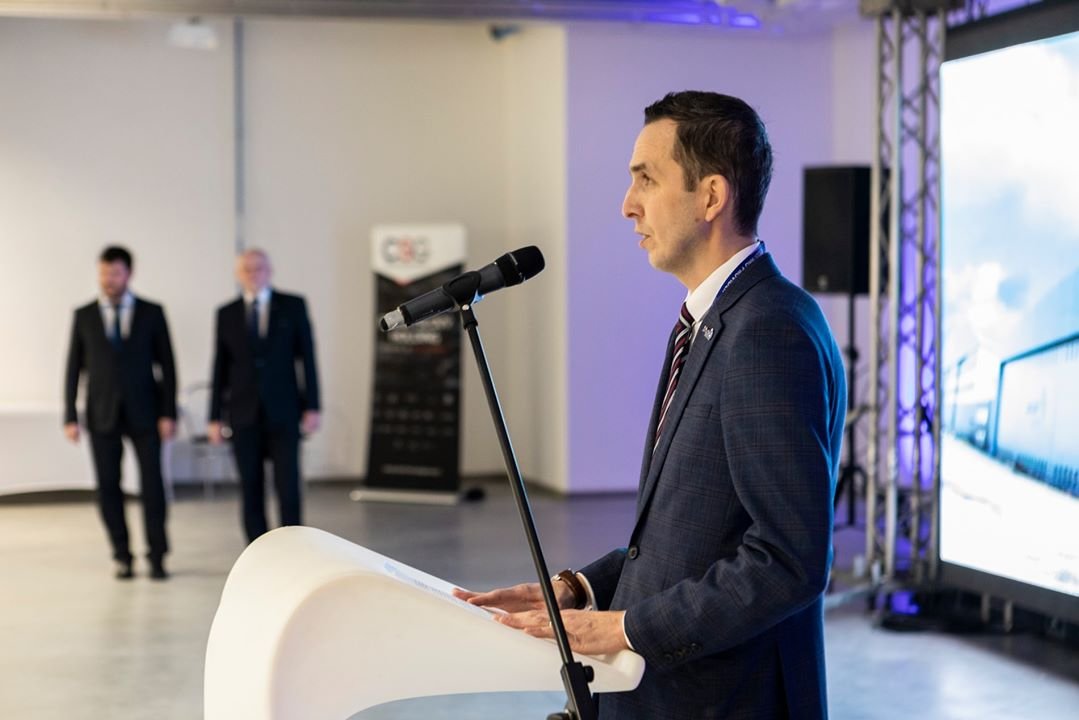 The event was attended by CZECHOSLOVAK GROUP owner Michal Strnad, JOB AIR Technic CEO Vladimír Stulančák, Deputy Minister of Industry and Trade Marian Piecha and Deputy Governor of the Moravian-Silesian Region for investment Jaroslav Kania.
The construction took less than two years. The building permit was obtained by JOB AIR Technic in October 2017 and in February 2018 the foundation stone was laid and the construction started. It was completed at the beginning of autumn of last year and approved in October 2019. On the last day of November, the new hangar accepted the first aircraft for maintenance.
This year the company plans to open a new aircraft maintenance line, and in 2021 another one. The capacity of the new hangar will then be fully utilized. The opening of one line requires about 60 workers of different qualifications. Therefore, the company has long been in demand for experienced aircraft mechanics. Simultaneously, thanks to its own training center, it educates them itself and cooperates with schools as well; especially with the Secondary Technical School of Vítkovice and its specialization of Aerospace Mechanics. The lack of employees is also addressed by JOB AIR Technic by recruiting abroad.