The international exhibition of military equipment MSPO 2019, which is one of the largest in Europe, will take place in September 3 - 6 in Kielce, Poland. The Companies of the CZECHOSLOVAK GROUP holding will participate in the fair and invite partners and customers to their exposition. 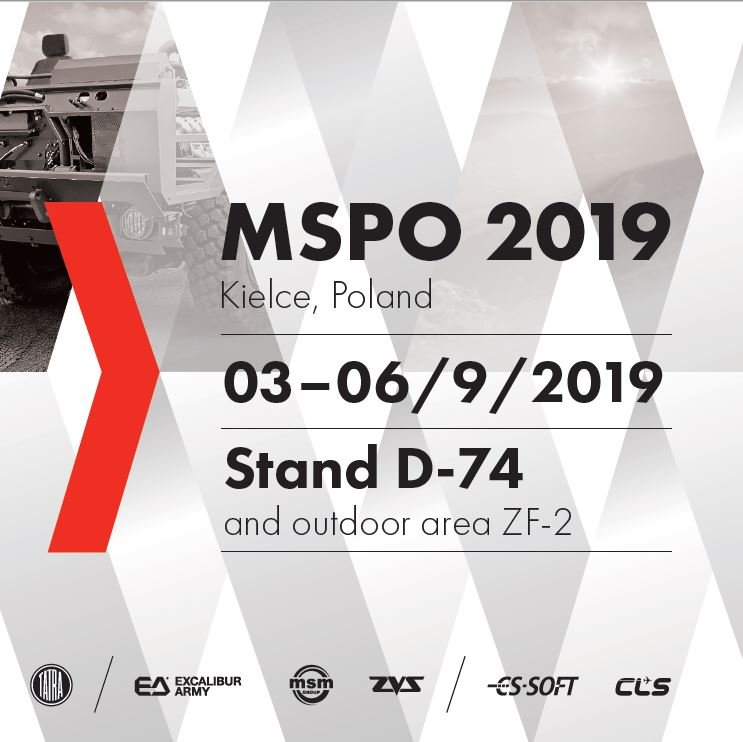 The companies of the CZECHOSLOVAK GROUP holding are traditional exhibitors at MSPO and, as in the past, this year they will have the biggest exposition of all Czech exhibitors. At the 26th MSPO in Kielce, under the patronage of the President of the Republic of Poland Andrzej Duda, EXCALIBUR ARMY, CS SOFT and MSM GROUP will present their production together with TATRA TRUCKS company.

The International Defense Industry Fair MSPO is the most important event of its kind in the Central Europe. Last year, 625 exhibitors from 31 countries presented themselves in Kielce and the CZECHOSLOVAK GROUP holding companies were also present.